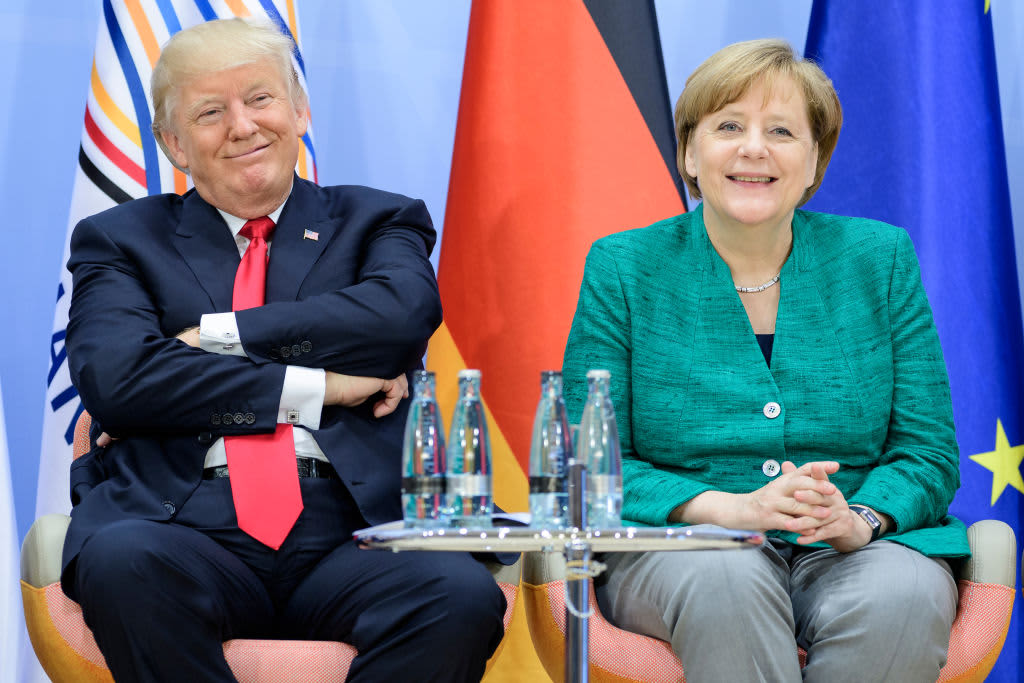 It may seem hard to believe, but Donald Trump has been president for less than 10 months. If at times his presidency has seemed to lurch grotesquely from one gaffe to the next, there is at least one clear pattern: Mr. Trump is dismantling, brick by brick, the post-war liberal world order, of which America was once founder and champion. And that is very bad news for Germany.

Under Mr. Trump, multilateral free-trade agreements are being trashed, in favor of bilateral ones where the United States can dominate smaller countries. Open markets are out of fashion. For the Trump administration, trade is a zero sum game, in which other countries are out to steal America's wealth. Fair and equal rules for all? Not Mr. Trump's style. In his economic order, America does what America wants.

What is increasingly clear is that Mr. Trump's foreign, security and trade policy represent a frontal assault on Germany's economic way of life. The American president is conducting economic war: whether intentional or not, it hits Germany harder than anyone else. This is because Germany, more than anyone else, relies on open markets, free trade and cross-border business models.

American threats are causing real anxiety at the highest levels of German business. That's because almost half of German economic output comes from its exports. Those to the US are worth almost €114 billion ($135 billion), contributing to an overall current account surplus of around €283 billion. This contrasts with the United States' vast trade deficit, a comparison which infuriates President Trump.

Threats to German business will intensify over the next few weeks. In talks currently underway with Mexico and Canada, the US administration is seriously considering abandoning the North American Free Trade Agreement (NAFTA) sealed in 1994. Under NAFTA, cross-border North American trade has grown five-fold, and now represents one-third of global trade.

The abolition of NAFTA would not only damage world trade, hurting Germany's export-driven businesses. It would also severely disrupt the production supply lines of German car companies including Volkswagen, Audi, Mercedes and BMW, all of whom manufacture in Mexico for export to the United States.

"America First" is the slogan of Mr. Trump's security policy as well as his trade policy. In fact, the two are inseparable, as seen in his attempts to undermine the 2015 nuclear deal with Iran. Here, America's actions will also hit German firms hard. This is because Washington's current favored policy instrument is extra-territorial sanctions, imposed even on non-American firms which trade with Iran or Russia. German Economy Minister Brigitte Zypries has called these third-party sanctions "quite simply against international law."

And beefed-up sanctions on Russia – expected in the coming weeks – will above all hit European companies in the energy sector, especially those involved in the Nord Stream 2 pipeline set to carry Russian gas to Europe.

European governments are talking tough. "Under no circumstances will we accept extra-territorial American sanctions on European companies," Germany's foreign minister, Sigmar Gabriel, said in a remarkably frank interview with Handelsblatt. Although European and German forbids companies from bowing to American sanctions, the US has been uncompromising in using its laws to punish European companies: European banks BNP Paribas, Commerzbank and Deutsche Bank have all been hit with billion-dollar fines for transactions with Iran, Cuba and Sudan.

The 2015 nuclear deal was supposed to end sanctions, but fear of American reprisals has meant most German banks refuse to finance deals with Iran. This has stifled a hoped-for renaissance in German trade with the Middle Eastern country. Iran's economy is booming but so far, French and Chinese companies are reaping the rewards.

Op-ed: Learn to tread water in these stormy markets. Where investors can turn in choppy times

Ron Insana: The Fed may have retired ‘transitory’ too soon to describe inflation

Op-ed: Supply chain delays won’t be easily fixed and trouble will continue into next year