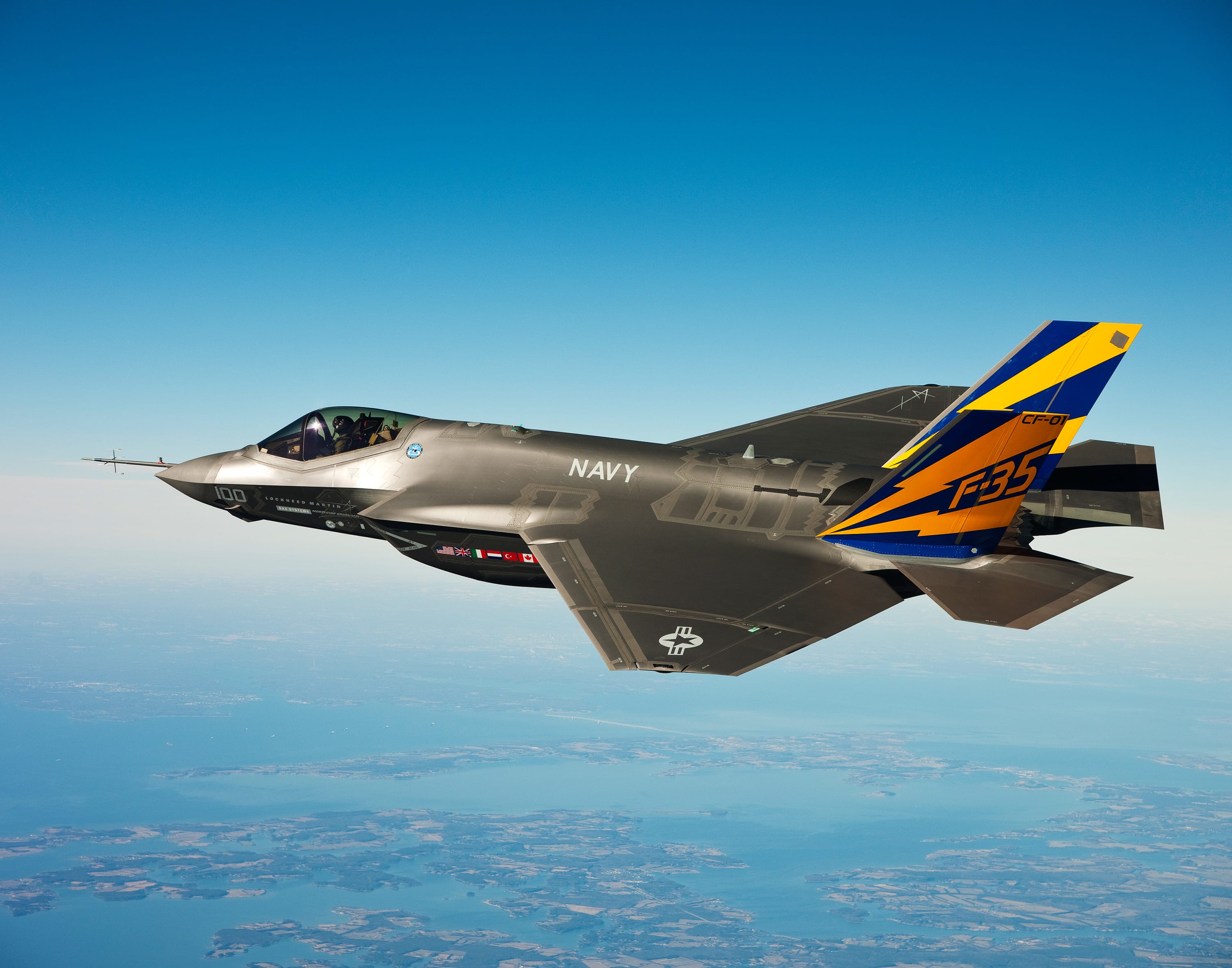 The Pentagon repeatedly waived laws banning Chinese-built components on U.S. weapons in order to keep the $392 billion Lockheed Martin F-35 fighter program on track in 2012 and 2013, even as U.S. officials were voicing concern about China's espionage and military buildup.

According to Pentagon documents reviewed by Reuters, chief U.S. arms buyer Frank Kendall allowed two F-35 suppliers, Northrop Grumman and Honeywell International, to use Chinese magnets for the new warplane's radar system, landing gears and other hardware. Without the waivers, both companies could have faced sanctions for violating federal law and the F-35 program could have faced further delays.

"It was a pretty big deal and an unusual situation because there's a prohibition on doing defense work in China, even if it's inadvertent,'' said Frank Kenlon, who recently retired as a senior Pentagon procurement official and now teaches at American University. "I'd never seen this happen before.''

The Government Accountability Office, the investigative arm of Congress, is examining three such cases involving the F-35, the U.S. military's next generation fighter, the documents show.

The GAO report, due March 1, was ordered by U.S. lawmakers, who say they are concerned that American firms are being shut out of the specialty metals market, and that a U.S. weapon system may become dependent on parts made by a potential future adversary.

(Read more: The Battle of 2014: A shrinking defense industry)

The waivers apply to inexpensive parts, including $2 magnets, installed on 115 F-35 test, training and production aircraft, the last of which are due to be delivered in May 2014. Lawmakers noted that several U.S. companies make similar magnets.

Kendall said the waivers were needed to keep production, testing and training of the Pentagon's newest warplane on track; avert millions of dollars in retrofit costs; and prevent delays in the Marine Corps' plan to start using the jets in combat from mid-2015, according to the documents. In one case, it would cost $10.8 million and take about 25,000 man-hours to remove the Chinese-made magnets and replace them with American ones, the documents indicate.

Lockheed is developing the F-35, the Pentagon's costliest arms program, for the United States and eight countries that helped fund its development: Britain, Canada, Australia, Italy, Norway, Turkey, Denmark and the Netherlands. Israel and Japan have also placed orders for the jet.

The program is already years behind schedule and 70 percent over initial cost estimates. At the time Kendall was granting the waivers, officials were acutely worried that further delays and cost increases would erode the foreign orders needed to drive down the future cost of each warplane.

In the documents, Kendall underscored the importance of the F-35 program to ensure continued U.S. military superiority and counter potential emerging threats from nations developing their own stealth fighter jets, including Russia and China.

He said additional delays would force the United States and its allies to keep its legacy fighters flying longer, which would result in higher maintenance costs. It would also leave them with older jets, which Kendall said "cannot match the offensive and defensive capabilities provided by F-35.''

The Pentagon first disclosed problems with non-U.S. magnets in a little-noticed written statement to Congress in the spring of 2013. But the statement did not name companies involved and did not disclose that some of the parts came from China.

Officials at Northrop, Honeywell and Lockheed declined to comment on the issue, referring queries to the Pentagon.