U.S. freight shipping rates have likely peaked, according to new Cass Freight Index data, in another sign that inflation is easing 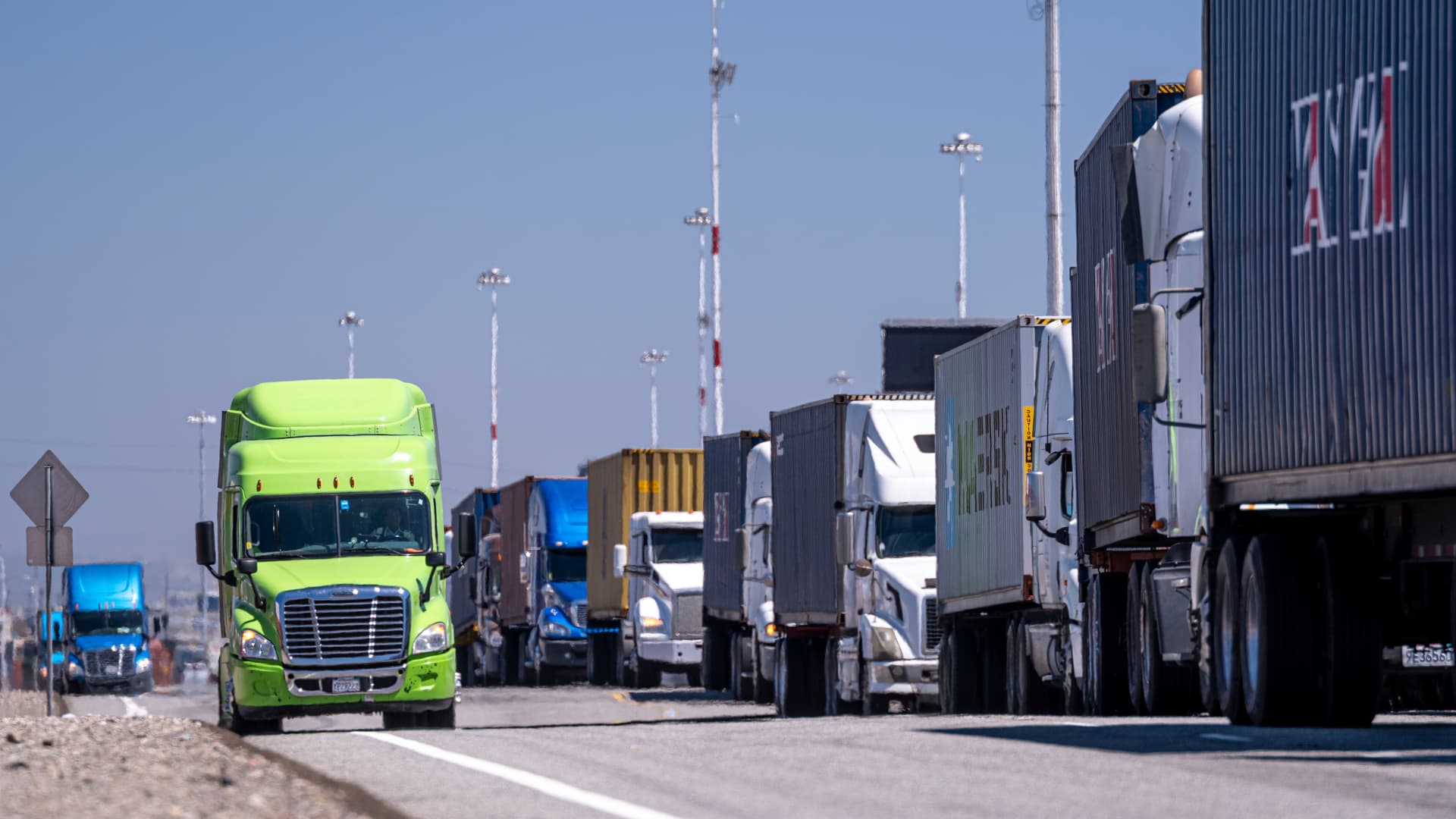 Trucks at the entrance to the Port of Oakland in Oakland, California, US, on Thursday, July 14, 2022.David Paul Morris | Bloomberg | Getty Images

U.S. freight rates increased 28% year over year, but declined almost 2% month over month in July, a likely signal that the U.S. market has reached peak freight rates, according to the July Cass Freight report, just as peak shipping season encompassing both back-to-school and the holidays begins.

"We're coming into this peak season with much more free capacity. I think that's going to be a good thing from a cost perspective for those big retailers who have been struggling with a lot of cost inflation," Cass Freight report researcher and author Tim Denoyer told CNBC.

CNBC received a first look at the data compiled by Cass Information Systems that reviews rates and shipments in the North American market.

Shipments, freight moved by companies, increased by 0.4% year over year, according to the report, but declined nearly 2% month over month.

"The market balance has really shifted. It's steady on the demand perspective, but supply has grown," Denoyer said.

Even with shipment trend flattening, demand remains elevated over pre-pandemic levels, and U.S. logistics companies, especially trucking companies, should continue to see strong pricing power, according to Denoyer. The Covid crisis led many independent truckers to leave the industry, and in 2021, the American Trucking Association released a report finding the nation's trucker shortage reached a record 80,000.

That report also found 1,000,000 new truckers would be needed over the next decade to maintain current levels.

The sales price of a used Class 8 Truck (the tractor of a tractor-trailer) has doubled since 2019, according to ACT Research data. Denoyer says that has been a factor in keeping new companies and drivers from entering trucking, and will continue to influence the freight supply and demand balance.

"U.S. truck prices have become a significant barrier to entry. I think that's going to continue and that has been a big factor for capacity," he said.